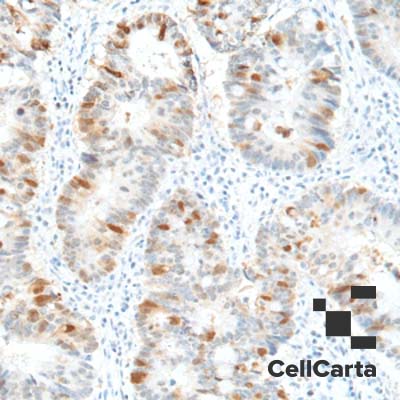 Aurora A is a member of a family of mitotic serine/threonine kinases, and plays a critical role in mitosis and meiosis. Aurora A localizes next to the centrosome late in the G1 phase and early in the S phase. As the cell cycle progresses, concentrations of Aurora A increase and the kinase associates with the mitotic poles and the adjacent spindle microtubules. Aurora A remains associated with the spindles through telophase. Right before mitotic exit, Aurora A relocalizes to the mid-zone of the spindle.