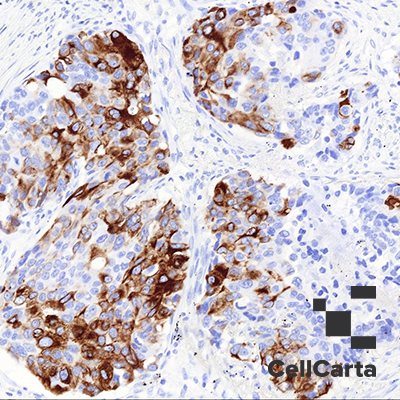 mTOR is a downstream mediator in the phosphatidylinositol 3-kinase/Akt signaling pathway, which plays a critical role in regulating basic cellular function including growth and proliferation. It is a 289 kDa serine/threonine kinase and is included among the substrates of Akt. The inhibition of mTOR by both starvation and targeted agents causes early G1 cell-cycle arrest mediated by an inactivation of p70s6k and hypo-phosphorylation of 4E-BP1. mTOR participates in a multitude of cellular signaling processes, both in normal and malignant cells, rendering it a key target to be blocked by pharmacological inhibition, as a strategy for the development of anticancer therapeutics. Abnormal activation of signaling pathways of mTOR appears to occur frequently in human cancer.